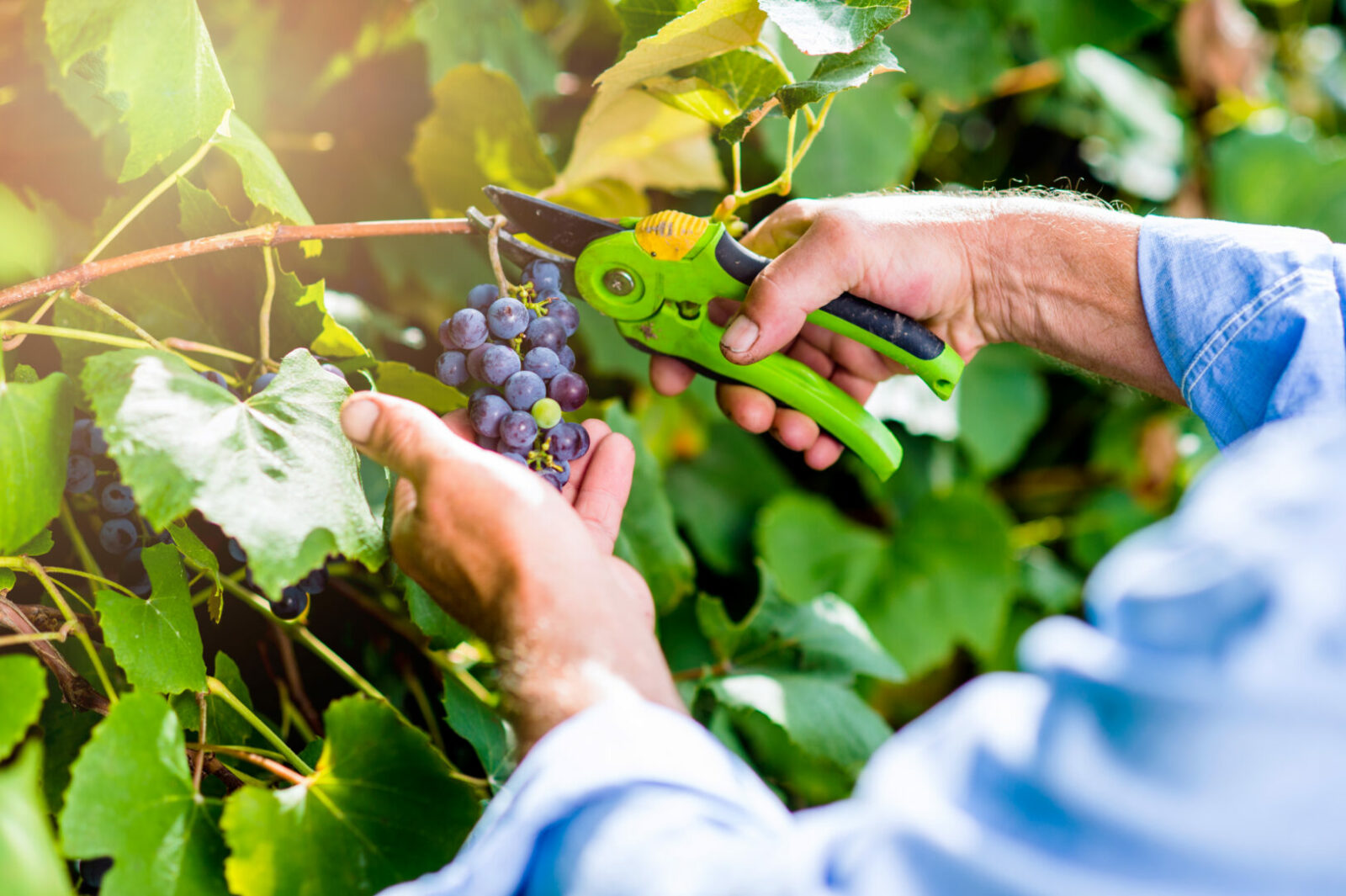 Each country we tell you about has its special rituals and traditions, and the regions the festivals are held in are spectacular destinations beyond wine harvest times. We take you to France, Spain, Portugal, Italy, and Germany to enjoy fine wines and the culinary delicacies that go with them, traditional music and dance, and general merry-making that transcends language. Bacchus, aka Dionysus, the god of wine is waiting for you. All festivals are easy to reach and two days at each would be good to plan for, as the festivals last several days and there may be special events you might want to see.

When is the wine harvest season in Europe?

The exact timing of the wine harvest in Europe differs from country to country, region to region, depending on the climate, grape varieties, and a whole host of other variables. Weather is a huge factor, influencing the timing of the harvest from year to year.

The best way to experience wine culture and the wine harvest of Colmar is to visit for the Colmar Wine Festival in late July. It’s a massive city-wide event where you can sample the famous white wines of Colmar in the picturesque city streets. The enchanting half-timber houses make a perfect backdrop for the celebration.

Colmar’s wine houses showcase the harvest from late July through to September each year, and you can enjoy wine tours and tastings year-round.

The medieval village of St. Emilion is located in the Nouvelle Aquitaine region in southwest France. The closest city to get to the World Heritage site and legendary center of winemaking is Bordeaux. The Romans started to plant vineyards and make wine, but the success of the wines of St. Emilion, mostly merlot and Cabernet Franc, is credited to monks. Emilion was a monk who came to the region in the 8th century and started to carve out a huge monolith that stands in the center of the village. The result was a network of underground caves, catacombs, passageways, and wine cellars, ending in the construction of the church that now stands on top of the monolith, appropriately known as the Monolithic Church. His successors excelled in winemaking and so does the rest of the population.

The caves, church, and medieval streets of St. Emilion brought about its recognition as a UNESCO World Heritage Site. Come September and wine harvesting time, a unique festival takes place, known as Heritage Night. Members of the winemaking guild, called Jurade, dressed in red robes with white capes, parade around the village, then climb the tower of the church and proclaim the date when the harvest is to start. The eye-catching spectacle is followed by fireworks after everybody has wined and dined in one of the many excellent restaurants. Lamb, beef, and seafood are the main staples of this area of France.

Rioja’s feisty inhabitants love festivals and none more so than the traditional festival that marks the start of the grape harvest in the administrative capital, Logrono. All the residents turn out for this fantastic celebration, filling the bars and streets with their noisy exuberance until the early hours of the morning.

The festival dates back over 900 years and takes place on St Matthew’s Day, on the 21 September in the city’s main square, the Espolon. The week-long festival, which is littered with historical references, commences with grape treading and offering the first grape juice to the Patron of La Rioja, followed by a colorful procession. The displays are wonderful and portray the importance of wine in the region. The exuberant bands, bullfights, and dramatic fireworks display ensure that the festival is one of the most enjoyable in Spain. And who can argue with plenty of free-flowing delicious Rioja wines?

The wine world’s most creative and bespoke harvest festival, the Douro region of Portugal has successfully merged the mediums of cinema, gastronomy, and the grape harvest in recent years, offering an impressive array of events, presentations, film screenings and, of course, wine tasting. At the height of the Douro grape harvest, the festival showcases the best of art-house cinema, fine dining, and local wine, usually beginning with the opening presentation that sets the scene. Quite literally a feast for culture vultures; an impressive calendar of events are rolled out, including harvest presentations and talks, film previews, a competition for best film in several categories, cooking demonstrations, and free-flowing port wines. The events occur at venues across the region, culminating with a final gala dinner, a gastronomic feast like no other, and awards for the films. Several stars have attended in the past, including Sophie Loren and Andie McDowell, so those looking for some glamour in addition to the cultural delights will leave happy! A wonderful and unique festival.

Every year, during the last Sunday of September, a small village is transformed into a colorful, vibrant, and heady celebration of the year’s grape harvest – the Festa dell’Uva in Impruneta. Located at the very heart of the historic – and stunning – Chianti Classico zone, the festival tradition started in 1926, celebrating the grape’s wonderment that brought so much joy and prosperity to the region. Today, it is a massive draw for locals and tourists, who marvel at the opening lavish procession containing floats built by the four different Impruneta districts. However, that is only the start of the proceedings, as a slew of colorful dances, street performances, food & wine tastings, and much exuberance follow. A raft of food stalls keeps visitors nourished. The fun usually starts at around 12 pm, with the parade kicking off at 3:30 pm this year.

The capital of fortified wine in Spain’s stunning Andalusia wine region plays host to a pretty spectacular harvest festival during the first Saturday of every September. First-time visitors to the party should pace themselves, for no one does festivals and partying quite like the Andalusian. This three-week affair encompasses flamenco, parades, exhibitions, concerts, bullfighting, and, of course, tapas and sherry galore. Jerez is really at its finest during the harvest month, celebrating the annual event with an unparalleled abundance of color, liveliness, and joie de vivre.

It begins with the opening Queen of Sherry parade. The eye-catching Queen, accompanied by her handmaidens on a suitably lavishly decorated wagon, leads a procession through the town, finishing at the Plaza de Arenal. There, she tosses the first bunch of grapes into the press, signifying the start of the year’s harvest. Sweets and other goodies are thrown to the crowds of children, and the party gets into full swing. Expect all manner of events in the center and also in the region’s biggest wineries; sherry lovers are in heaven, those with other interests can enjoy all manner of entertainments, and gorge on tapas to their heart’s content!

The Rhine valley’s most picturesque and chocolate box town, Boppard enjoys one of Germany’s most lively and welcoming festivals, with the town’s vignerons welcoming a large number of tourists from around the world each autumn to celebrate, drink and toast the harvest. The festival is very relaxed, with no major procession or singular event. Still, rather food and drink stalls fill the lovely market square day and night, offering samples of local wines and delicious local delicacies. Live music continues into the night, with various speeches and announcements during the day from the area’s winemakers and harvest festival organizers about the vintage’s expected quality. The proceedings are rounded off nicely with a stupendous fireworks display, which occurs on both the 26 September and the following Saturday. Wunderbar!

What time of year is wine harvest?

The majority of Northern Hemisphere harvesting occurs in late August to early October with some late harvest wine grapes being harvested throughout the autumn. In Germany, Austria, the United States and Canada, ice wine grapes can be harvested as late as January. 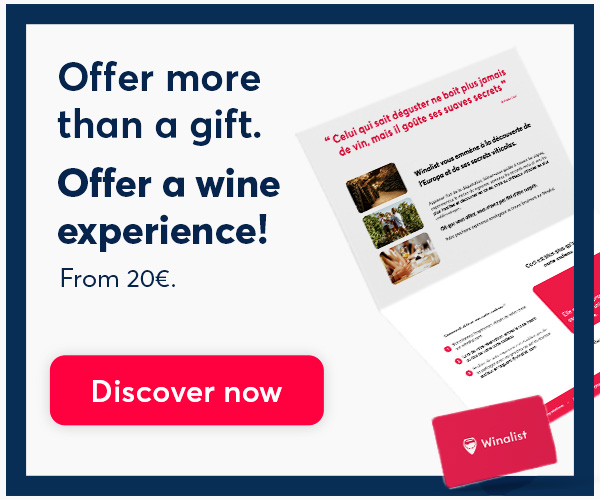 Related Posts
Wine Tourism
Portugal: best places in the Algarve to visit
Wine Tourism
Why travel to Paris in summer is a great idea?
Wine Tourism
10 of the best luxury wine hotels in Europe
Wine Tourism
Romantic destinations for wine lovers in France